The Search for the Silver Witch is the final book in the Polly and Buster trilogy by much loved author and illustrator Sally Rippin. 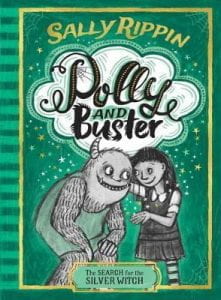 Polly has put the gorvan back to sleep and its purple mist is no longer infecting Blackmoon Coven. Life should be peaceful in the town once again…shouldn’t it?

Things have become worse between the witches and monsters at Blackmoon Coven and a war is looming. Miss Spinnaker has been dismissed from the Miss Madden's Academy and Polly’s magical stones have told her to find a Silver Witch to save the town. It isn’t until she finds her Aunt Hilda that Polly finally accepts that she is the Silver Witch that Black Coven needs. It is not going to be easy….

“The time has come for you to decide what kind of Silver Witch you will become. Every time you do a spell from a place of fear or anger, it will take you in one direction. And the further you go along in this direction, the harder it will be for you to return…You, Polly can choose to find power in love and kindness.” (Aunt Hilda)

Deidre Holloway has returned with Buster in her sights and forces Polly to make the hardest of decisions, but she hasn’t reckoned on the power of true friendship and kindness. It's a heart-racing 'Broomstick 500s' ride with Polly and Buster as they bravely try to help the witches and monsters work together to defeat a beastly menace and save Blackmoon Coven before it is too late.

Thank you Sally for creating Polly and Buster who have touched our hearts and reminded us of the power of kindness, friendship, empathy and acceptance.

Kindness is the most powerful spell of all. 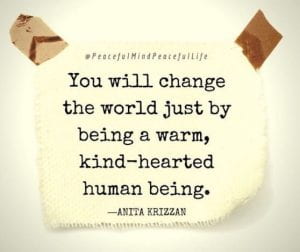 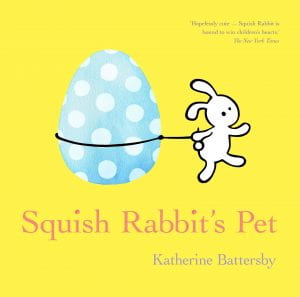 Squish Rabbit's Pet was a big hit with the Early Learning classes in our library!

Squish Rabbit dreams of many things, but most of all Squish wants a puppy of his own to play with and cuddle. His friend Twitch tries to help him find his dream puppy.

One day Squish finds an egg and takes it home. We liked the way Squish cared for his egg by keeping it warm and dry and laughed when he dressed it as a pirate! Squish gets a big surprise when Twitch explains that a puppy won't hatch out of the egg. Squish has to make a big decision and we liked the choice he made. We had fun guessing what would hatch out of Squish's egg. We think Squish's new pet would be fun to play with, especially on the ceiling!

We liked the squishy front cover and it's happy yellow colour. At first we thought the egg might be an Easter egg - yum! We liked the colourful endpapers that someone said looked like a 'crumpled paper rainbow' and we noticed that there was a little clue about the egg in the endpapers. We think Katherine Battersby is clever the way she draws Squish Rabbit and adds real pictures to her illustrations. We liked the autumn leaf and the feathers.

This is Squish Rabbit's third book and we hope he has more adventures for us to have fun reading. 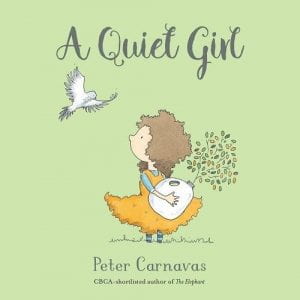 Mary enjoys exploring the world in her own gentle and quiet way, but her loud and busy family don't always hear what Mary has to share.

Because Mary was quiet, she heard things nobody else heard...

When Mary decides to be quieter than ever before it takes a while for her family to even notice Mary isn't around. Soon the neighbourhood is filled with the sound of Mary's family calling her name. Finally her Mum and Dad stop calling Mary's name and listen....

Mary reminds us to look out for our quiet family members and friends who have things to say in their own quiet way. Quiet people need to be heard too.

It's a busy and noisy world, going to school, doing after school activities, playing sport, watching TV and spending time on devices. Mary shows both her family and us the gift of being quiet. When we stop and listen we can discover and appreciate the world around us and the magic of nature.

As you read A Quiet Girl, look for the little details Peter Carnavas has added to his whimsical water colour illustrations. What are some of the things Mary noticed when she was quiet? Why do you think Peter chose the dove that Mary befriends and appears on the endpapers and in many of the illustrations?

I enjoy quiet walks around my neighbourhood and often take a photo of something in nature that I discover along the way. 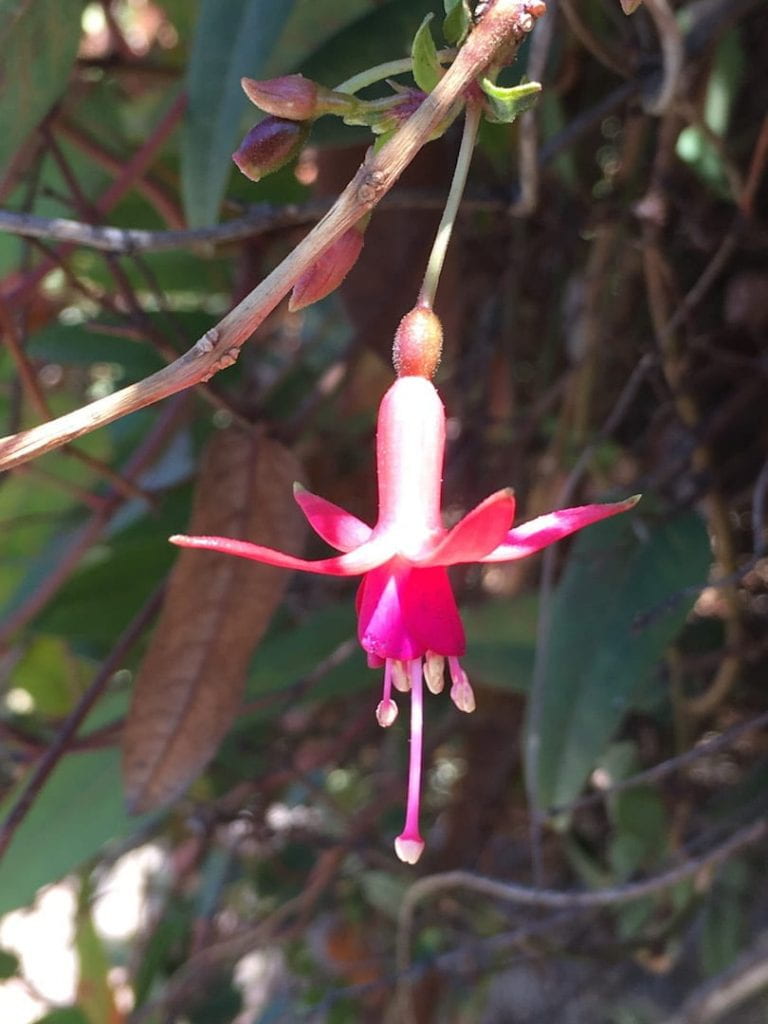 I wonder what you will discover when you make time to be quiet...

Today I had the absolute delight of meeting Sally Rippin. Sally's passion for creating books for children shines as brightly as her infectious smile.

Sally loves reading, writing and drawing and says that she is lucky to do what she loves every day. Sally has been writing since she was very young. When she was about 15 years old Sally was a babysitter and would made books like this one for the children she looked after. Sally was destined to become a book creator!

Sally explained that stories come from two places - your imagination and your experience (things that happen to you). Books are a combination of both. When you write a story it needs good characters and a problem.

Sally wanted to write a series with two new characters and use lots of imagination. She likes witches and thought a monster for a best friend for her witch would let her use her imagination. The next step was to create a problem for her characters and after filling her notebook with lots of ideas, Sally decided her problem would be that her friends were not allowed to be friends any more and they would have to fight for their friendship.

Next step was to decide what her characters would look like. Sally's first picture was in pen and the start of her ideas. Someone told her that Buster looked like a 'hairy potato'!!

Sally did lots of research about different types of monsters and witches before she created her final pictures of Polly Proggett and Buster Grewclaw using charcoal.

Once Sally knew her characters then she began to create their world of Blackmoon Coven that we enter when we read the Polly and Buster series.

Polly the witch and Buster the Feelings Monster have the sort of friendship that makes your heart squeeze with happiness. In a world where witches can never be friends with monsters, Polly and Buster have managed to keep their friendship a secret. Until one day when everything changes...

What would you do
if everyone thought
your best friend was
dangerous?

In this book, Polly and Buster are on the run from nearly everyone in town. Who is sending Polly messages through the magical stones and will Polly follow the messages? Polly and Buster have big decisions to make. Will they stay safe and hidden or risk it all to save the day?

At the end of her session, Sally gave one of the best gifts an author can give their readers and read some of her new Polly and Buster book. It is such a privilege to hear an author read the words they have carefully chosen to write their story.

If you haven't met Polly and Buster yet, then it's time you did! Polly and Buster's friendship is warm, funny and magical and together as friends they can face whatever comes their way...they would love you to join them on their adventures!

If you ever have the chance to go along and meet Sally, please make sure you do because you will will be in for a wonderful treat!