Felice Arena takes us on a daring adventure set in Cold War Germany in 1961 when the government built the Berlin Wall that divided Germany into East and West and separated families, friends and neighbours for twenty eight years. 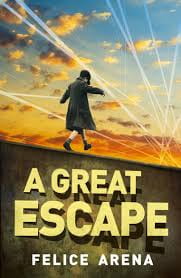 Imagine your city has been divided by a wall and and your family is on the other side...

Peter stays with his grandparents when his parents and sister go on a trip across the border to the West. They wake to find the government is building a wall through their city. It is guarded by soldiers, tanks and fierce dogs so nobody can get through and people can no longer go to the West. Peter feels trapped and is scared he might never see parents and little sister, Margrit again. Finding a way past the wall will require courage and ingenuity. Peter and his friends Otto and Elke desperately want to escape, but whose daring plan will succeed...

A Great Escape is an exciting adventure story, but it is also a reminder of how strong the love of family can be, even when a wall tries to separate them. Peter's story will tug at your heart.

I was lucky to hear Felice talk about A Great Escape on it's publishing day and he celebrated  by bringing Peter's favourite Kalter Hund cake (also known as 'Cold Dog' cake!). Despite it's name, it's a scrumptious chocolate biscuit cake and you will definitely want more than one slice! Thanks, Felice!

Here's the recipe if you would like to make it yourself.

Felice explained that a visit to Berlin sparked the idea for A Great Escape as he wondered what if he had been there when the Berlin Wall was built...how would he have felt and what would he have done if he had been separated from his family? Stories often begin by writer's thinking "What if...."

By chance, Felice also discovered his neighbour Peter was a guard on the West side of the Berlin Wall, and he could tell Felice about life in Berlin at that time. In fact, Felice named his main character after Peter and Peter's dog, Otto became the name of Peter's friend!

As Felice was writing his book he gave it a 'working title' that eventually changed to A Great Escape. What do you think his 'working title' for his story might have been? 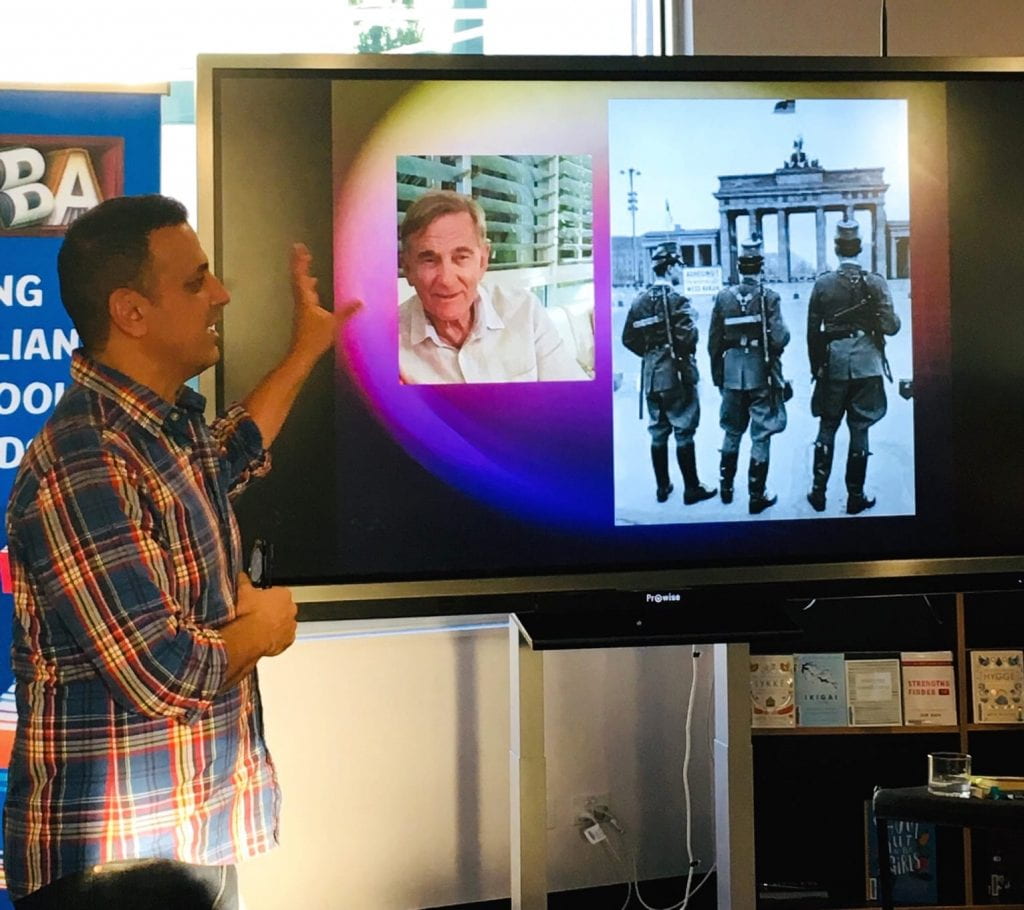 Historical fiction books are portable time machines that can transport us back in time to experience places and events and help us to understand our world and ourselves a little more.

I wonder where Felice will take us on our next historical adventure...what do you think?